You are here: Macintosh Home Automation With XTension » Video Pitcher

Video Pitcher is an IP Camera monitoring application with special features for easily connecting to XTension and providing the ability to record snippets of video in response to motion or other commands. It automatically creates video streams within XTension which can be used in views and also automatically appears on the list of available video streams to be viewed though the X2Web interface.

The streams and the recorded archive movies are available in XTension Views and also in the Web Remote and Mobile client web remote systems. 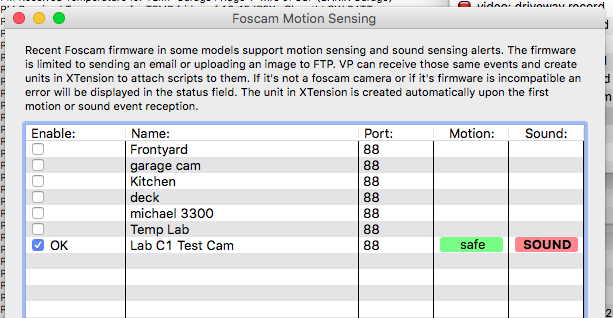 Version 079 adds powerful filtering and enhancing features using Apple’s Core Image processing to offload much of the CPU usage of the processing to the GPU. 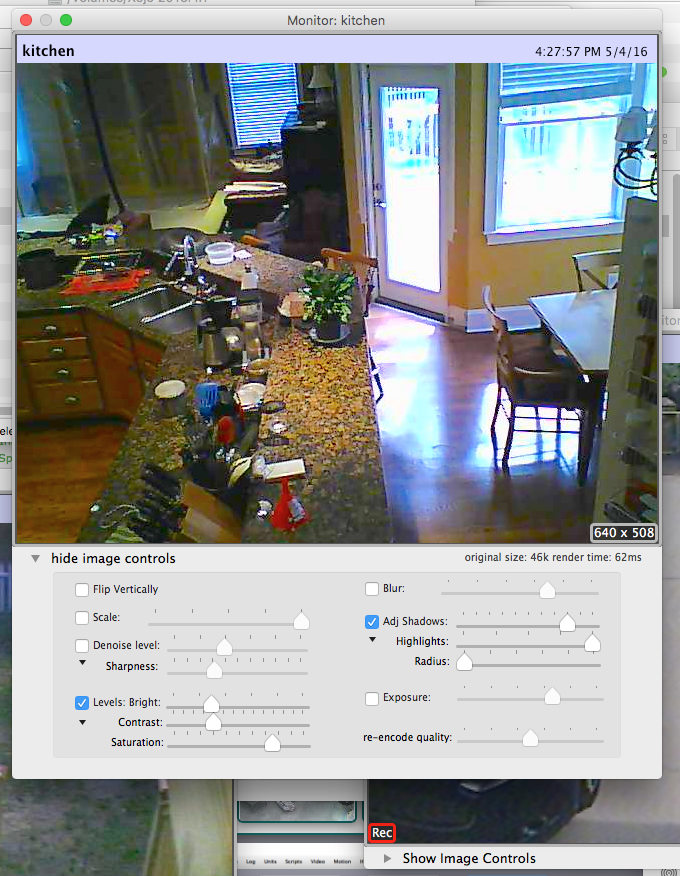 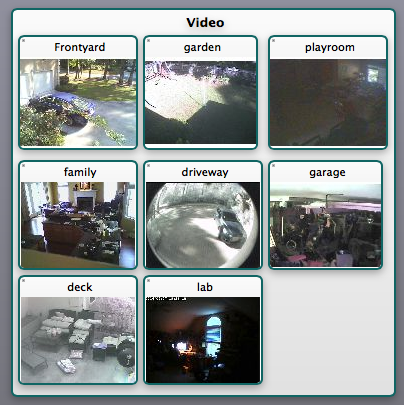 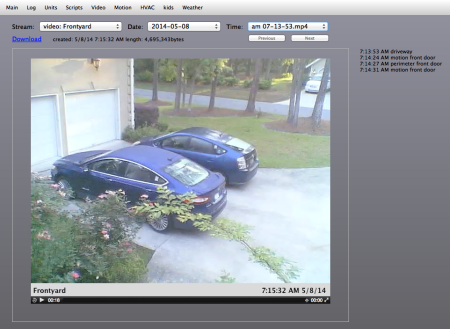 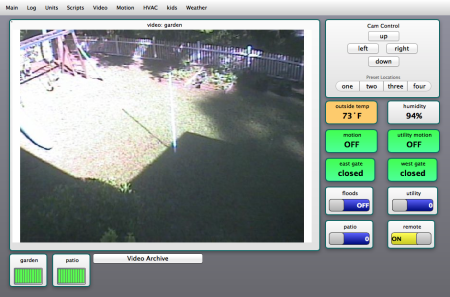 would cause a minute of video to be recorded from “stream name” to a new snippet quicktime movie. As of this writing it will be h.264 encoded quick time file, date stamped in the directory. The Ignoring Responses block is not vital, but will keep XTension from hanging up if there is a problem with the beta or if things just get bogged down. At the end of the timeout the snippet will be finalized, flattened and prepared for serving up to the web automatically. If the record from verb is issued again for the same stream while it's already recording, the timeout is just advanced forward and it will keep recording to that snippet until the timer is allowed to run out. The program can record from multiple streams at the same time. Recording for a long period of time may result in long finalization and flattening times on slower machines, but no frames should be lost on other recordings that might be going on.

The new Video Pitcher module for X2Web provides a front end as shown above to the saved snippets so that you can scroll through them after they are finalized.

Video pitcher can be used by itself to view and record from IP cameras but is better suited to being a video injector for Xtension and using the Web Remote as the internet viewer for the video streams and captured movies. Video Pitcher requires at least OSX 10.7 though video processing and compression can become very processor intensive. If a core image compatible GPU is present in the hardware it will be used to provide the filtering, if not it will fall back to the software renderer which will significantly limit the amount of filtering that can be done.

It’s not possible for me to keep an up to date list of all the compatible cameras and their streaming links here for a free add on to XTension. If you search the internet for the models of camera that you wish to use you’ll be able to discover the direct streaming links or static jpeg links that will let you use almost any camera with this software.

Monitoring and recording a video stream requires a not insignificant amount of CPU power, especially for recording video. Though the program can run even on a 1ghz PPC machine running OSX 10.3 or later, a modern Intel chip and 10.5 is recommended. Video also takes up a lot of disk space, in the betas there is no provision for deleting old movie captures, you must monitor your disk usage manually during the beta phase.

Inside the current beta zip file you'll find the application and the replacement X2Web module that includes the video snippet archive pages.

Video Pitcher is in free for use with XTension.